There’s been plenty of talk about what’s next for VR or virtual reality. At the 2016 Google I/O conference Daydream was showcased. This suggests that VR might be more accessible to users sooner than predicted. There’s many types of VR now on the market such as high-end (Oculus Rift, Vive, HTC), basic (Google Cardboard, and there will soon be middle market VR (Daydream-enabled devices). Companies now have to take VR under consideration. The various applications of virtual reality are still under scrutiny, but when you take gaming aside. entertainment and media have the best chance to adopt this in near future.

Media Companies Are Getting Involved in VR
Companies like Samsung, Facebook, Microsoft, Google, and Sony have realized that VR is significant as it’s immersive and brings experiences to life as the user feels immersed in VR. When you use virtual reality, it goes beyond what we know as reality and it’s a new world to experience and explore. It creates experiences and memories for users as if it was happening in their own life. VR gives the users a deeper understanding of the content. This is why its having success in the gaming field, especially popular RPG or role-playing games that used 3D.

While VR has been used for gaming to a great extent, it’s now being looked at for other applications, too. The New York Times partnered with Google Cardboard early and created a 360 VR app (NYT VR). This app lets users explore the news stories in more detail. There have been other companies that have embraced VR such as education, healthcare, sports, and for military purposes. This type of entertainment is in demand and customers when a compelling experience with TV, movies, music, news, and so on. VR is an opportunity for media companies as it engages users more than basic viewing does.

Should a Media Company Just Jump into VR Now?
It’s too early in the game to determine how well VR will do. There’s been questions about its appeal to large groups of people. There’s also the fact that it needs to be more mature before VR is widely adopted by the vast majority. In 2016, Deloitte predicts that VR will be an industry worth 1 billion or more. With the Google Daydream announcement, adoption and accessibility aren’t going to be the problem that they were predicted to be.

Daydream offers high-quality VR which will be available in the Fall of 2016 which will be a part of Android N the newest Android system. Google Daydream will be more accessible for developers and users. Google hopes that Daydream will be a product for the masses and anticipates Daydream users in the millions. There are higher-end systems such as Oculus Rift and HTC, but these aren’t as accessible for the average user. These require expensive equipment and appeal more to early adopters or techies.

Google’s hardware partners, Huawei, Samsung, Xiaomi, and HTC among others are going to be launching smartphones which have a Daydream VR mode. Users are going to have VR right there to use. Creators will have a platform to build VR experiences for users. Since there will be greater accessibility, there will be a wider market for media companies.

Starting with VR: What to Consider
In Virtual Reality (VR): a billion dollar niche, Deloitte states that they don’t expect VR to be used to a great degree in movies or television in 2016. They say that there are constraints to technology currently to using VR when it’s made specifically for that medium. This was the case when 3D was still getting started for television. The challenges for media companies include the following:
• Price of equipment for cameras and limited options
• More difficulty to create VR content
• Devices, content guidelines, and operating system versions means standardization has been an issue.

With the release of Daydream, these issues will likely be addressed. Fully immersive VR probably won’t rise quickly in 2016. In the Fall when Daydream launches, media companies will be able to build for the platform and will have a new medium for an extension of their current offerings. There’s also an opportunity to offer traditional content with VR-specific content. This hybrid model will lower costs and will allow the content providers to iterate, learn, and perfect VR content for users as virtual reality technology begins to mature. This medium could be promising for the entertainment and media industries with companies like Hulu, NBA, HBO, and Netflix entering this market already.

The issue of standardization won’t be completely resolved, but the Daydream platform has hardware and software that’s standardized. Android N can accommodate VR and there will be Daydream ready devices manufactured. These will have performance, extra, sensors, and special designed screens as part of their specifications.

The future of VR looing promising, although it’s still in the early stages. When Daydream hits the market, there will be more developer and consumer options. In 2016, it’s predicted that VR will become a billion-dollar industry. Companies that adopt VR early on have a change to make a big impact. VR engages your users, adds value, and provides immersive experiences. Since more content will be available, it has a chance to evolve. It’s now more accessible and affordable to users. Many of the big payers are recognizing the value of VR and are working with it so they don’t get left behind when VR becomes more popular.

My mission and passion in life is to consult clients and create award-winning software solutions for businesses together with my team of talented programmers, designers and marketers at Whiz. View all posts by philipov 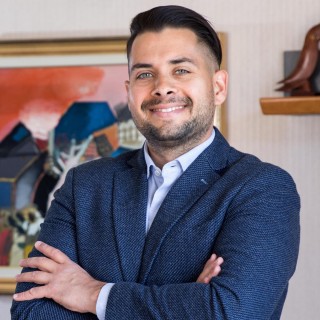 I'm a consultant who is focused on Software and Mobile App Development!‍ 🚀 With 16+ years of experience in the digital industry, I have brought many projects to a successful completion, built and led teams, developed and implemented strategies. I'm result-oriented and used to working in fast-paced environments where my ability to make decisions quickly pays off. Let's connect and talk :)